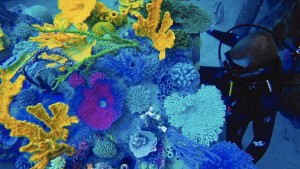 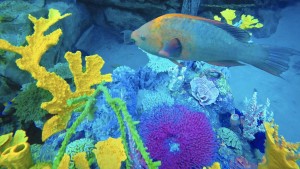 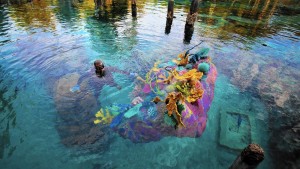 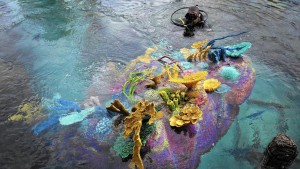 Mar 30, 2016
Orlando, Fla. — Bottled Ocean today announced the launch of the Modular Reef System, an innovative series of manufactured reef structures that unlike reef and rock formations in most large aquariums, can easily be floated, submerged and moved at will.

Each individual reef module, which can be of almost any shape or size, features a self-balancing buoyancy chamber making it the first reef product that can be removed from its aquatic environment for regular cleaning and maintenance. Because algae growth and other particulate matter removed during cleaning aren’t released back into the water, burdens on filtration systems and stresses to resident animals are greatly reduced. The Modular Reef System’s iso-resin construction also helps reduce fluctuations in water quality often associated with traditional materials like concrete.

The full-service aquatic management solutions company already has a contract with a theme park in Orlando to produce at least 50 modules of its revolutionary Modular Reef System. Product delivery is being implemented in several phases and extends through 2017. Bottled Ocean recently delivered phase I and plans to deliver phase II in June of this year.

“We know the industry is always striving to improve animal habitats and the resulting guest experience,” said Greg Lund, President and CEO of Bottled Ocean. “The Modular Reef System represents an evolutionary step forward in that effort. Our clients tell us they’ve seen an incredibly positive response from animals toward the Modular Reef System, and that guests love the authentic and natural animal behavior they get to view because of it.”

Bottled Ocean plans to debut the patent-pending Modular Reef System at the annual Regional Aquatics Workshop (RAW) in New Orleans, La., March 22 – 25, 2016, where a large module will be on display. Bottled Ocean’s Integrated Communications Manager Justin Ritchey will deliver a conference address and video presentation on the “Fish First” philosophy that inspired the Modular Reef System. A portion of the video can be seen at http://www.bottledocean.com/abandoned-aquarium/.